Amazing how far Chelsea Hicks Foundation has come in five years, and looking forward to the next five. 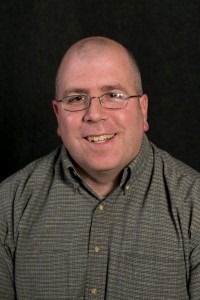 As spring comes to a close and I listen to my children talk excitedly about summer vacation, I can’t help but think of the hundreds of seriously ill children in Oregon and their families who are in a living nightmare. When I was younger, I never associated the word cancer with kids – in my world it was a disease that only affected adults, and while it was always unfortunate to learn that someone I knew had been diagnosed (which frankly weren’t that many people), it wasn’t something that I thought about on a daily basis.

In April, 2007, I was served a dose of reality. My niece, Chelsea, who was six months younger than my oldest daughter, was diagnosed with Stage IV Wilms tumor. At first, I was in denial – afterall Chelsea was only 3, and cancer was a disease that affected adults – right? Over the next 22 months, I learned that the incidence of invasive pediatric cancers is up nearly 30 percent in the past 20 years. I learned that approximately 13,500 children in the United States are diagnosed with cancer each year. And I learned that children are resilient, even when afflicted with a life threatening disease.

When my wife Sabrina and sister-in-law Alison first brought up the idea of a mobile dress up closet 5 years ago, I thought it was a great way to not only honor Chelsea, but to also give these little warriors an opportunity to just be a kid again – and forget about all of the doctors, nurses, and treatements that they have endured. It gives these kids a chance to escape their reality. Today, Chelsea’s Closet makes monthly visits to both Doernbecher Children’s Hospital and Randall Children’s Hospital at Legacy Emanuel, and there are plans in the works to further expand the program to benefit more children. It is truly amazing how far this organization has come in such a short period of time.

While my time on the board is coming to an end, my support of this organization and its mission will continue on. I look forward to seeing what the next five years will bring.