Garrett is a long time fan of Yonder Mountain String Band and Northwest String Summit. Although he never met Lilli Trippe in person, he is a supporter of the “Frilli for Lilli” day at Northwest String Summit each year. Frilli for Lilli holds a head shave each year to support the Chelsea Hicks Foundation and Chelsea’s Closet. This non-profit works with hospitalized children to Dress up and Play to empower them during treatment.

This year with events going virtual, Garrett decided to hold his own shave benefiting Chelsea’s Closet.

His goal is to raise $5000 and when reached, he will be shaving his head & beard! 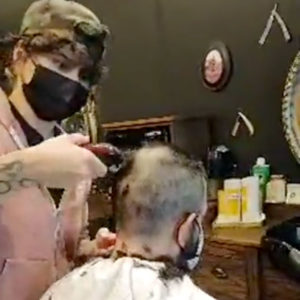 The Shave is done! Thanks to last-minute donations, Garrett raised $5,360 for Chelsea’s Closet and shaved BOTH his head and beard. Amazing job Garret. We are so grateful you chose to go “frilli for Lilli” and help Chelsea’s Closet. Watch the video!

Donate to this Fundraiser!